Swallowtails is a generic term used to describe the Papilionidae family which includes the large and showy Birdwing butterflies (not found this far south) and the Triangles and Swordtails as well as the Swallowtails. They are some of our largest and most colourful butterflies.

There are nineteen Australian butterflies in the Papilionidae family which includes the magnificent tropical Ulysses and Cairns Birdwing butterflies. Australia is also home to the Richmond Birdwing which lives in far northern NSW and south east Queensland but does not visit the Dorrigo Plateau. It is thought that only eight Swallowtails are ever found on the Dorrigo Plateau.

The large black and white Orchard Butterfly is one of the most common Swallowtails to visit Plateau gardens. At the time of publication of our website we have recorded five other Swallowtails visiting our property since 2005.

​The Fourbar Swordtail is a less common Plateau visitor. We have not seen one here but we have seen one very close to us in the Dorrigo National Park.

The Blue Triangle is an infrequent yet annual summer visitor to our garden and like most Swallowtails it is much more common at lower altitudes along the coastal strip.

Far and away our most common Swallowtail here on the Plateau, especially during the warmest period of the year, is the Macleay's Swallowtail which we usually see every month of the year. It is less frequent in the cool winter months. 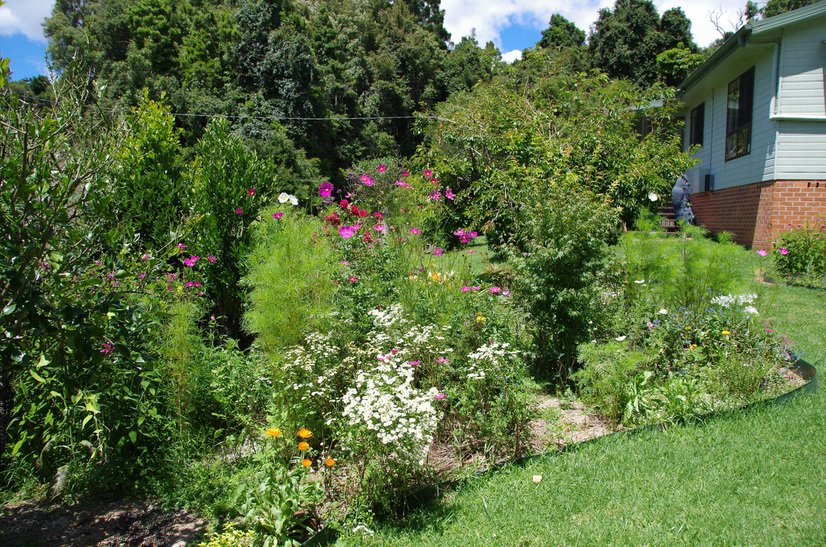