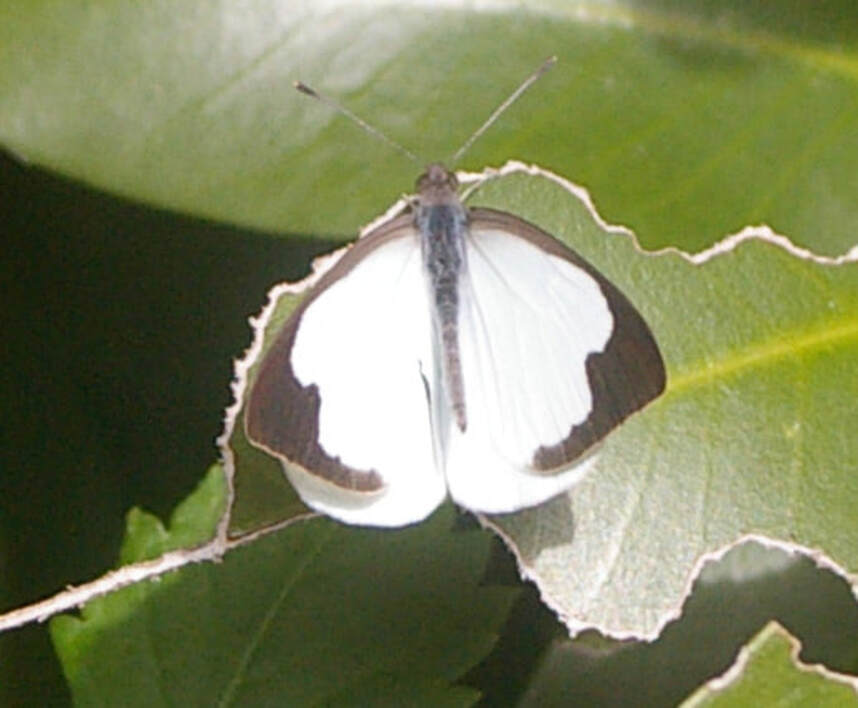 Southern Pearl White, Forestville NSW
Larval Food Plants: ​Capparis sp. (Capparis arborea, C. canescens, C. velutina).
We planted three Capparis arborea in our previous garden in Forestville, Sydney. We are also attempting to grow them here at a much higher altitude, 800 metres. C. arborea is however a slow growing tree at the best of times and seems even slower here where it has to contend with much colder winters including some heavy frost.

Similar Butterflies: Two other Pearl-whites, E. parthia and E. padusa, may be found on the Plateau. Also Cabbage Whites can be a very similar small size on occasion but they have black spots on their forewings.

Colonising:  Southern Pearl-whites took fifteen years to discover and then start a colony on the Capparis arborea trees we planted in our Forestville garden. It was as if they wanted our trees to reach a certain maturity before they would deposit eggs on them. Prior to that the only known Sydney colony was the one in the Sydney Botanical Gardens, later another colony developed on a C. arborea planted in an Avalon, Sydney garden.​​ Sadly because of C. arborea's slow growth on the Plateau we expect to be waiting a long time before seeing a colony on our property here. 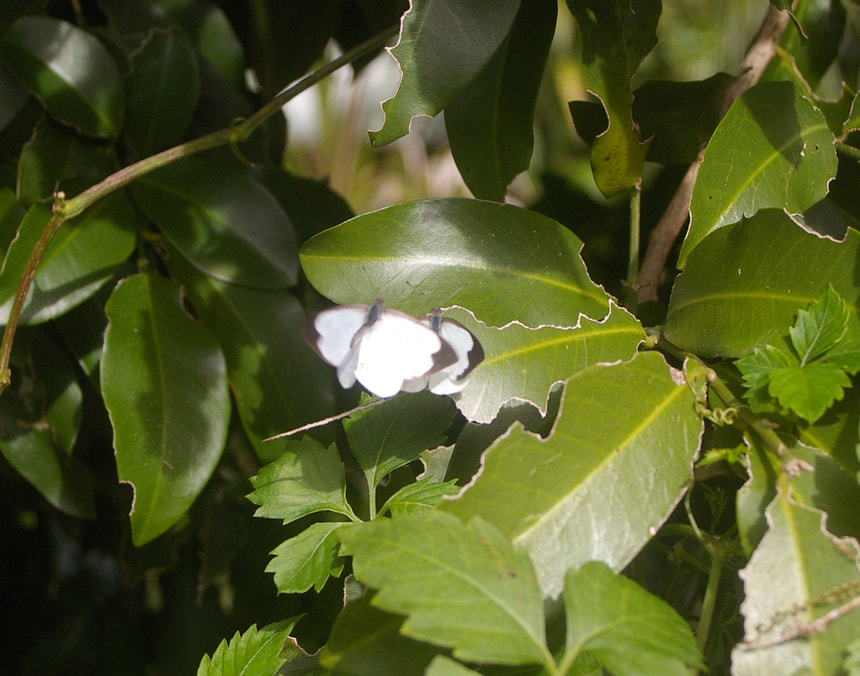 A male in flight approaching a female in Forestville
Powered by