To Date, 2018, there have been seven species of Australian Psilogrammas identified.

With our limited experience of observing adults (and photographs) of just some of these seven species, we think they may all have similar markings and colour ranges. We lack confidence in achieving accurate visual identifications but David Lane has kindly given us some guidance.

It is our understanding that there is a variance in size between the seven species with possibly P. papuensis frequently producing the largest specimens.

Likewise at this time we are unable to comment on how to separate the larva of each of the seven species. We are presuming they will all look very similar and may have larval food plants from the same plant families. An interesting study however in trying to discover ways of identifying each of these seven very similar Psilogramma species. 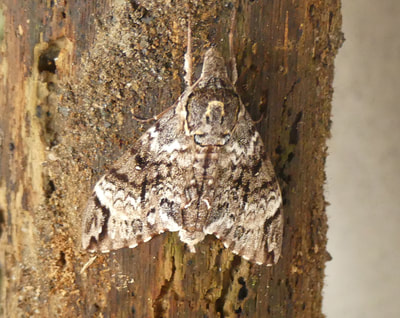 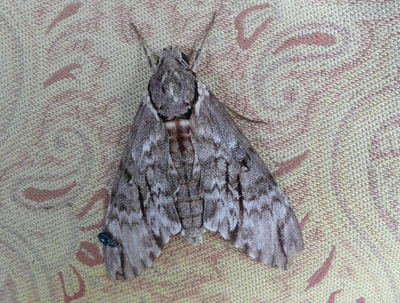 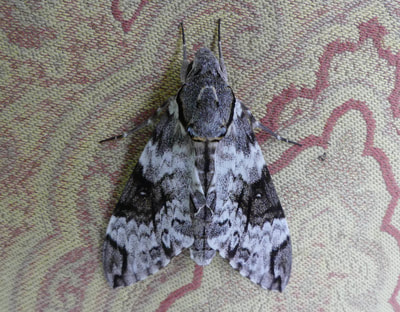 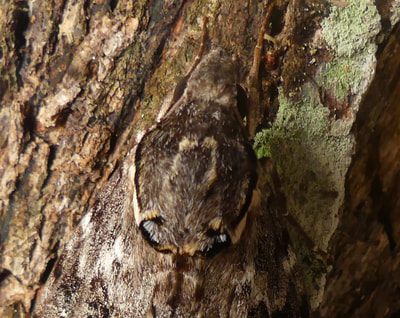 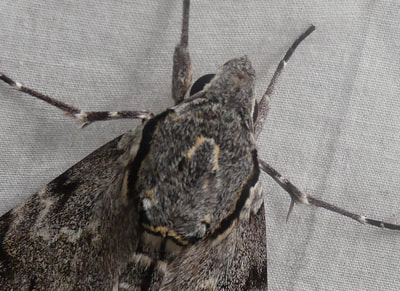 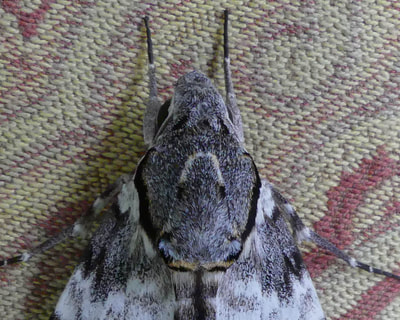 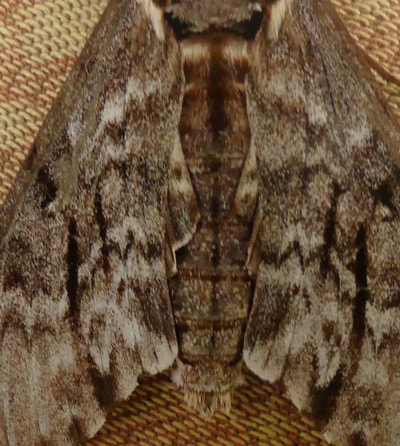 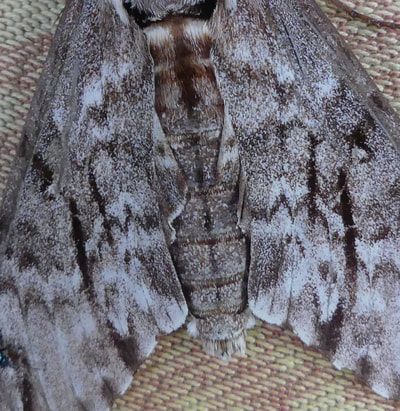 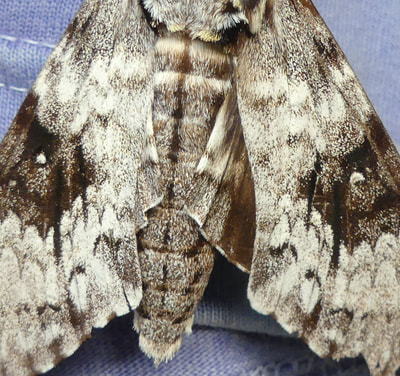 The eight known Australian Psilogramma species are listed below. We are attempting to identify each species by their visible body and wing markings. their size and colours.
(Note in an effort to assist us with this documentation we have also looked at images on the WWW).

Brief Description:  A slate grey species.  With black overlay forewing markings.
The adult moth has long narrow forewings which are a boring grey colour, with a darker grey wavy pattern. Unlike other Psilogramma species, there is no white dot near the middle of each forewing. The hindwings are dark grey, each with a pale area containing a wavy black line at the tornus. The abdomen is grey with a dark dorsal line. / The absence of a white discal dot is an indicator of casuarinae.

* Psilogramma maxmouldsi (2001)- found in SE QLD and NE NSW - we have not sighted this moth.

Brief Description:  This species has a white underside patch on the thorax at the forewing joint on the thorax.

FOREWINGS: overall DARKISH BROWN to GREYISH-BROWN. With a distinctive overlay of black and whitish markings.
THORAX: GREYISH-BROWN with a BLACK line edge. Where it adjoins the abdomen (sometimes with a fine orange line) it has an outline 'plan view' of what looks like a small animal head with two black ear markings (sometimes displaying a fine spot of blue) and two black eye markings

* Psilogramma papuensis (2001) - found in coastal QLD from CYP south to Mackay & Eungella - we have sighted this moth. (Right Photo above)

BASE COLOURS OF FRESH SPECIMEN: Dark Grey 25%, White/ish areas 60% & Dark Brown/Black 15%
SIZE: (tip of thorax to tip of forewing) - 80mms.  It is a much larger species than P. casuarinae.
FOREWING COLOURS: base colour GREY with BLACK and WHITE markings.
FOREWING DESIGN: each wing has 3 darker areas (varying from dark GREY to BLACK) which are mostly surrounded on their boundaries by black lines/bands after which a colour change occurs.
The 1st darker area (dark GREY to BLACK) adjoins the thorax and is a similar size to the 2nd darker area (dark GREY to BLACK) on the wing tip. The 3rd largest and darkest dark area (dark GREYISH to BLACKISH) is mid-way between the two smaller dark GREY areas and is bordering the leading edge of the wing.
Between each of these darker areas are a series of wavy WHITE lines set on a GREY background.
Two BLACK lines (of differing lengths) are clearly visible, when the moth is at rest, coming from the abdomen side of the 3rd (mid-wing) dark area running almost parallel to the abdomen.
FOREWING CELL SPOT: Each forewing has a cell spot within the 3rd (mid-wing) dark area. For P. papuensis this cell spot is WHITE and is fully surrounded by the dark area.
HINDWING COLOURS: base colour BLACK/DARK BROWN 80% with a small GREY 15% and WHITE 5% patch on the bottom corner (tornus) of the wing close to the abdomen.
HINDWING DESIGN: Plain uniform BLACK/DARK BROWN colour with the small tornus patch being grey with two small irregular white marks and smaller irregular black marks.
THORAX: GREY with a BLACK line around edge. Where it adjoins the abdomen, sometimes there is a very fine ORANGE line. There is also a thin WHITISH line 'plan view' outlining what looks like the head of a small animal with two BLACK ear markings,  sometimes these display fine spots of BLUE, and there are two BLACK eye-like markings completing the animal head image.
ABDOMEN: GREY with a central BLACK line. Each Segment is bordered by a fine horizontal BLACK line.