Sighted: November to April most years 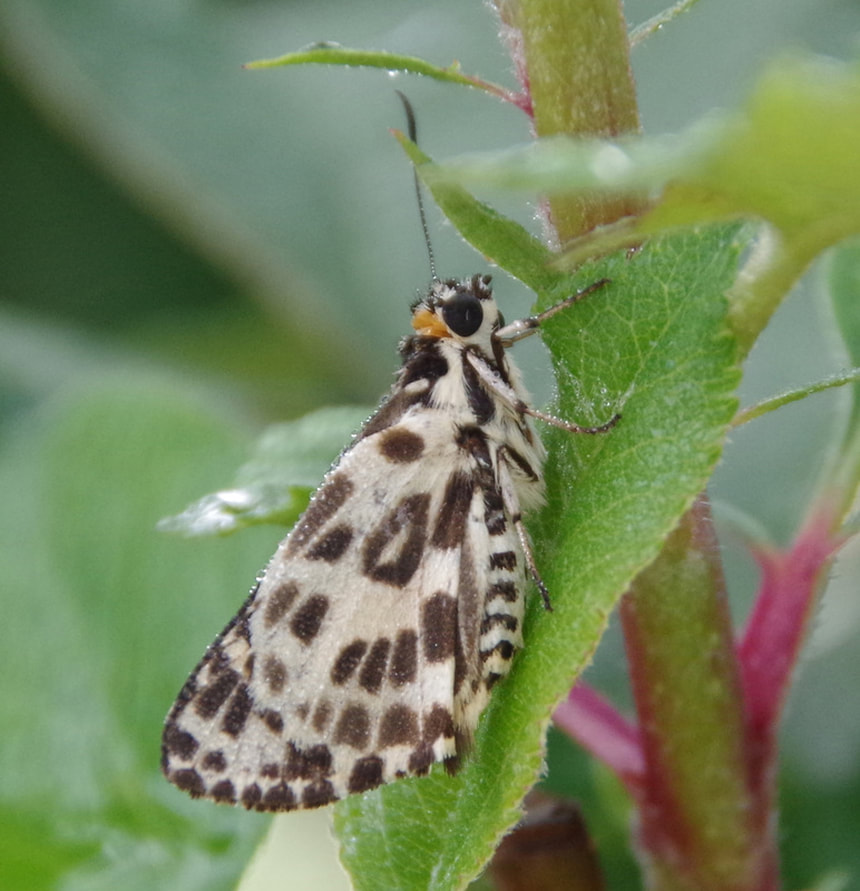 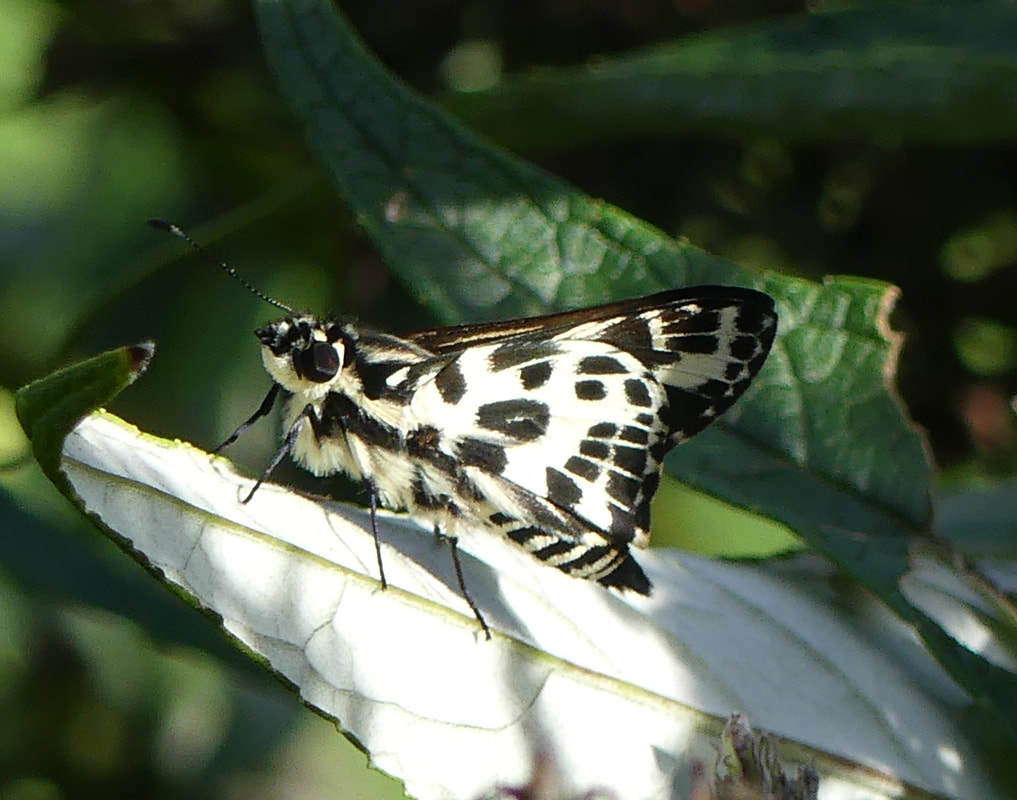 ​
A lovely little butterfly and one of the easier Skippers to identify with the beautiful black and white underside to its wings. The Spotted Sedge-skipper occurs here both in the garden and along our rainforest margins.

Said to be generally uncommon and local, we have sighted it here since 2005.

Like many other skippers the larvae feed at night and during the day stay in shelters they make amongst the leaves of their foodplant. 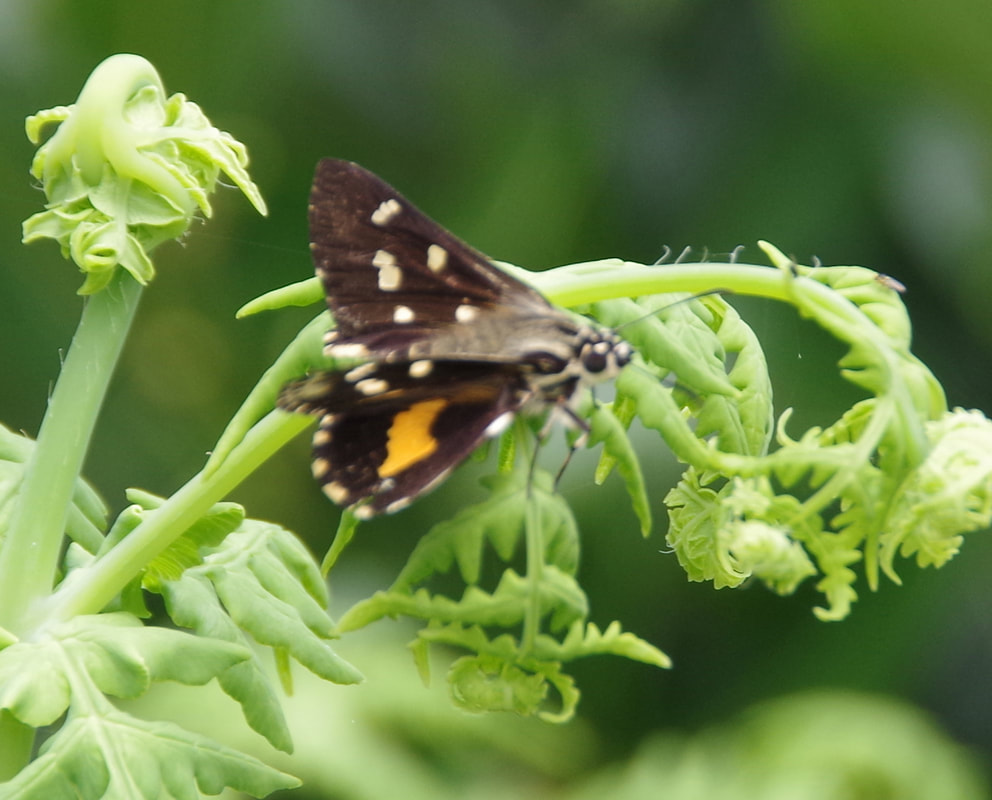 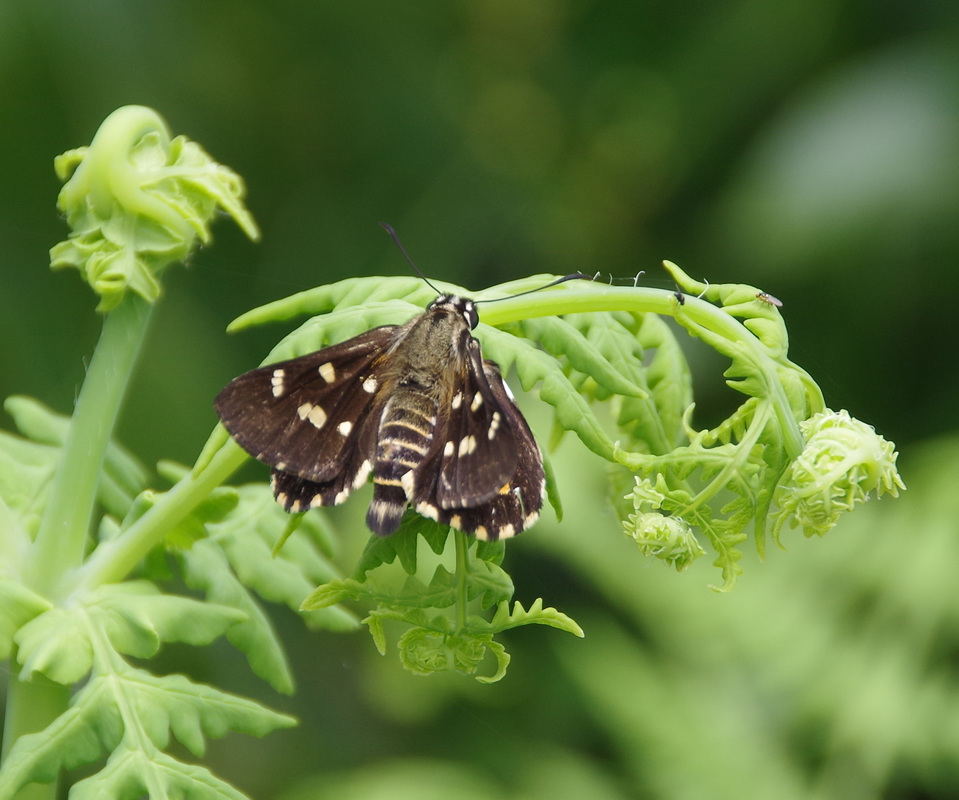 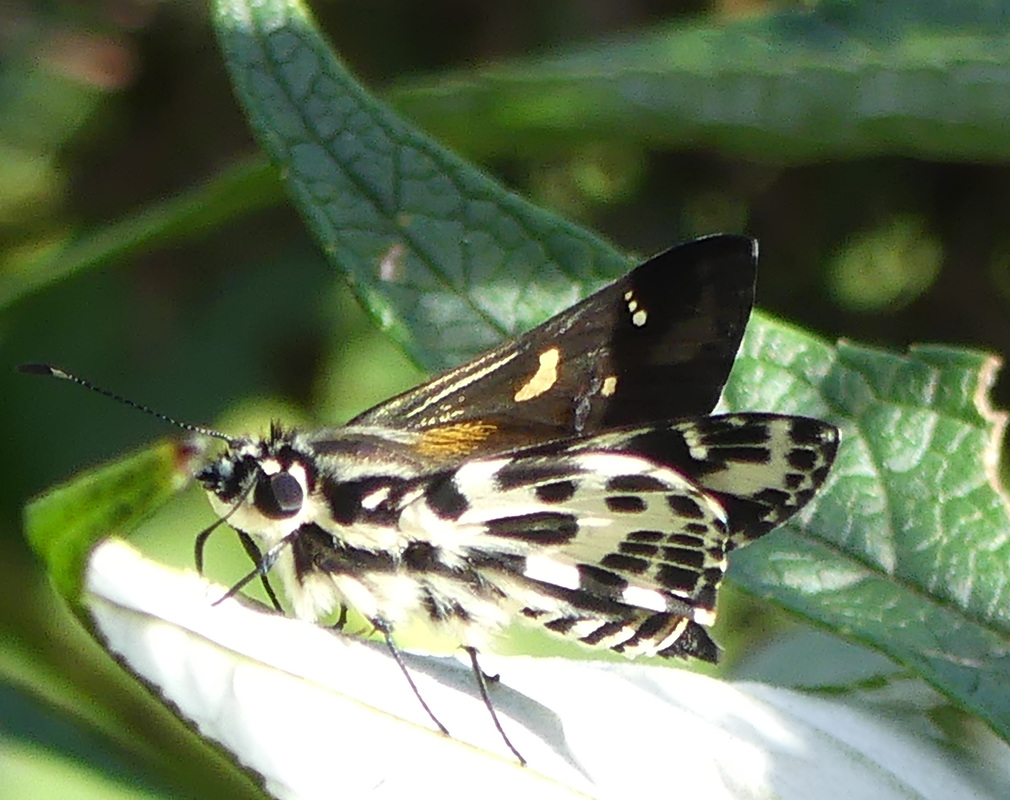 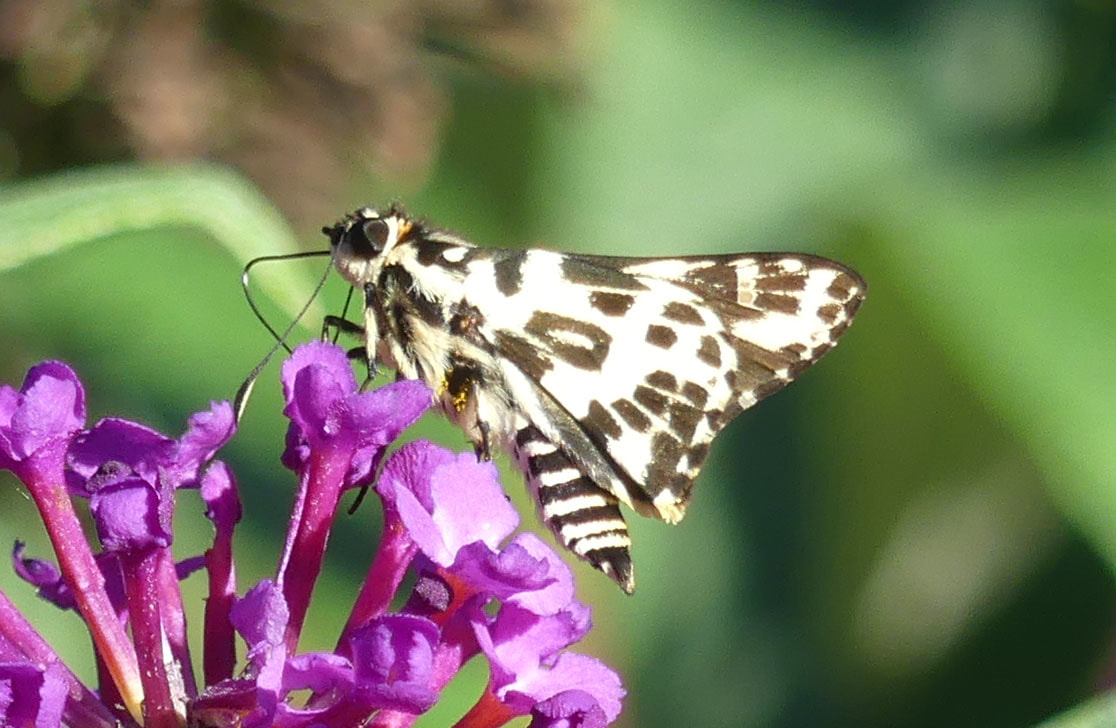 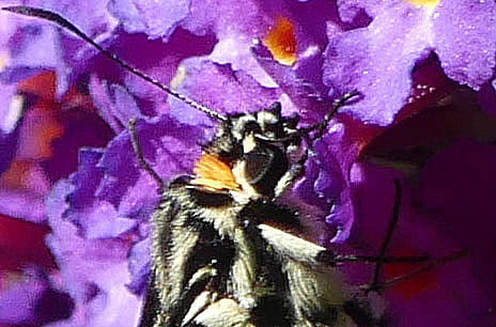 We've noticed in some of the Spotted Sedge-skippers we see there is a tuft of orange hairs behind the head/prothorax area that is not mentioned in descriptions of the butterfly we've seen.

You can see a glimpse of it in some of the photos on this page including this one. We are endeavouring to discover what it is. 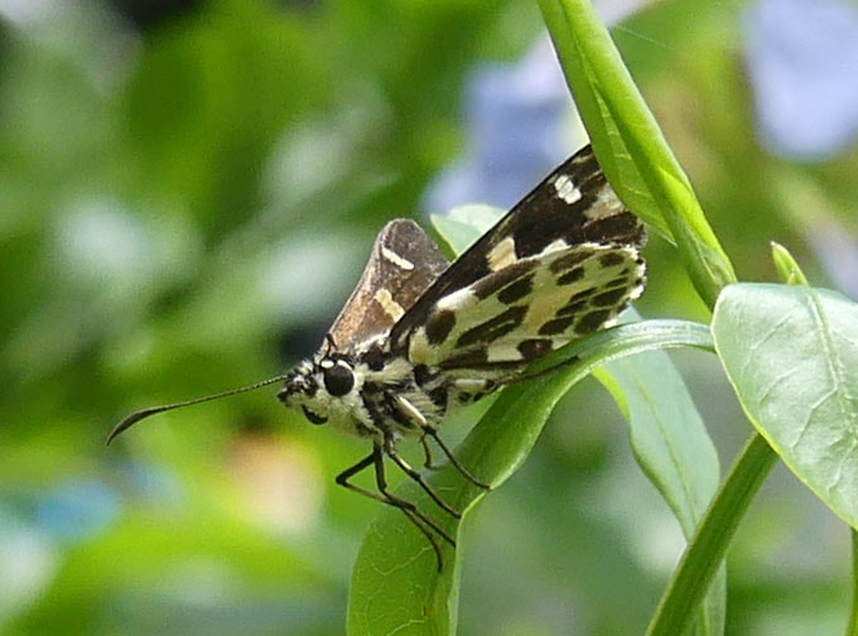