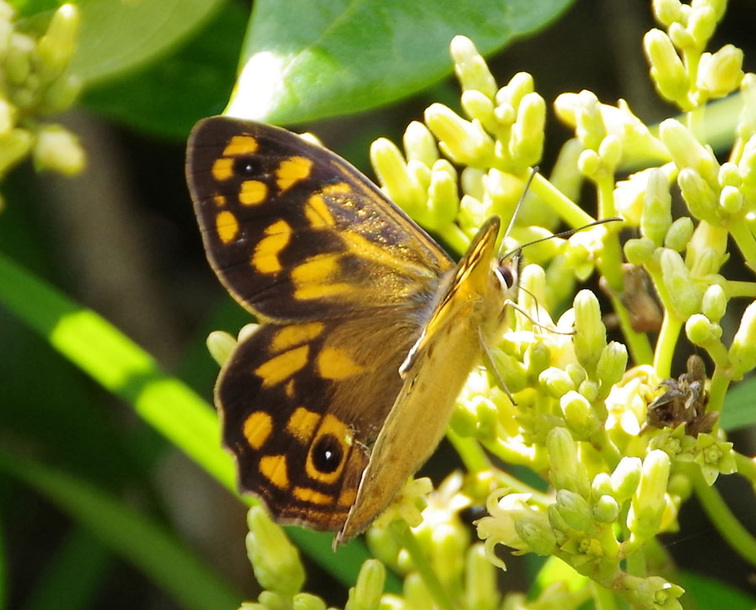 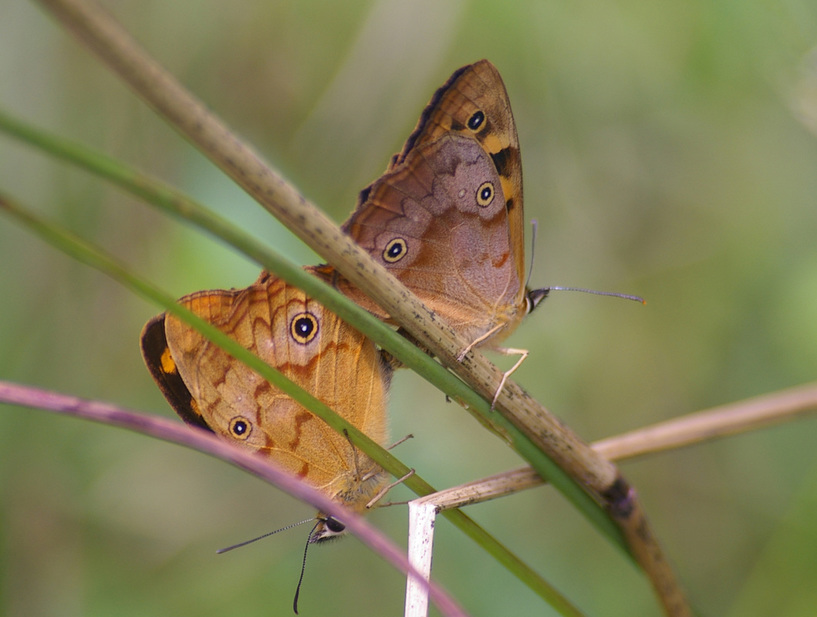 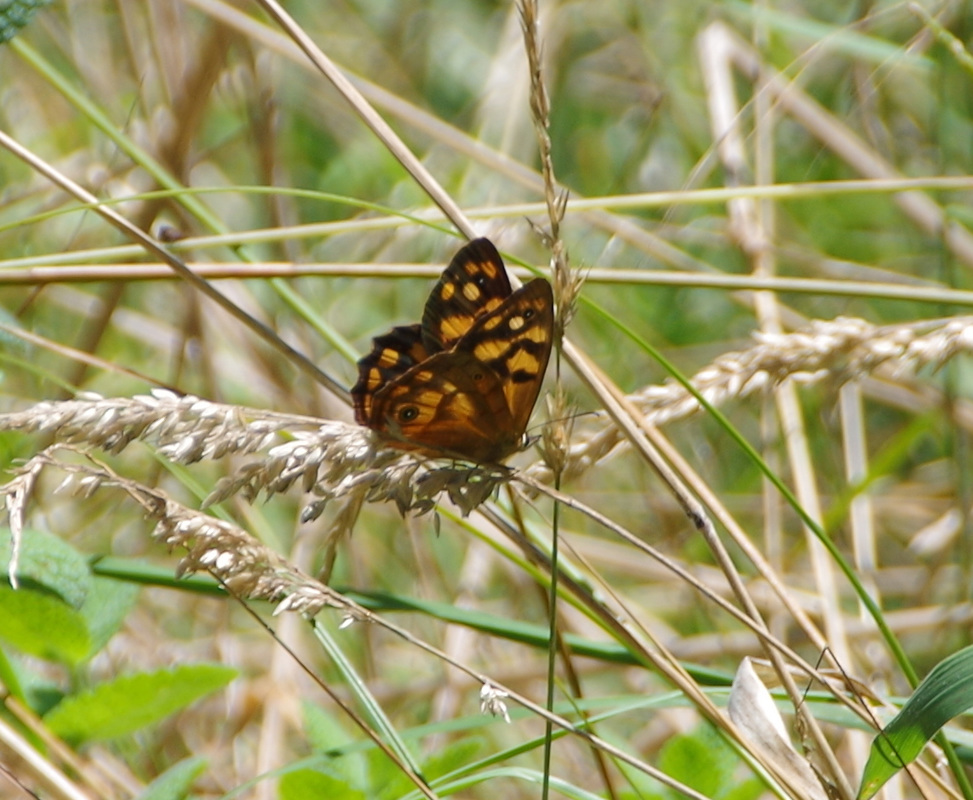 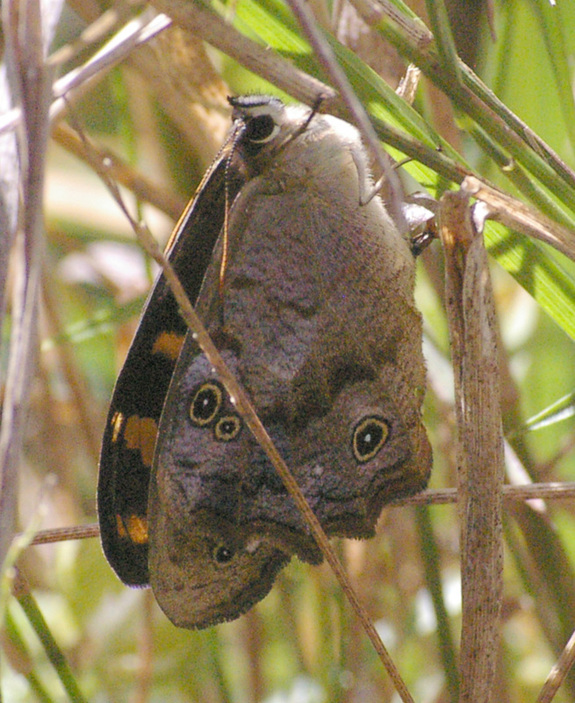 This newly emerged female has three distinct eye-spots on the underside of its hindwings instead of the more usual two. 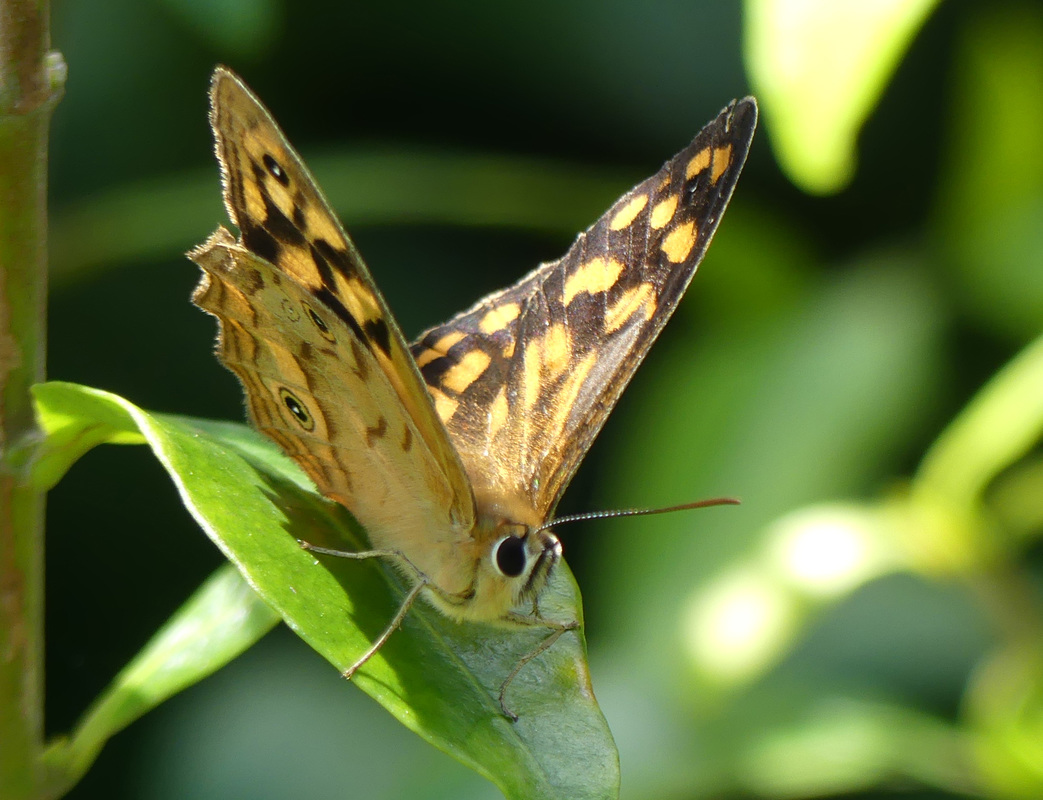 Larval Food Plants:
​Native grasses; Weeping grass, Microlaena stipoides and Slender Tussock grass, Poa tenera
​
Like the Shouldered Brown we see this beautiful butterfly often during the day in its three month flying season, even if the sun is not shining. It is an early riser appearing as soon as the first sun rays warm the trees on the rainforest edge and it can often be seen flying late in to the evening until the sun drops below the horizon.

As native grasses multiply on our property, gradually replacing some of the introduced kikuyu, these beautiful butterflies have become far more numerous. February 2017 saw them common in shady areas around our property. They frequent cool shady zones on the edge of our rainforest and under pockets of paddock trees siting on grass stems or low tree branches and will often congregate in an area flying in twos, threes or fours as they appear to enjoy flight games together or maybe they are selecting mates.

It  is difficult, particularly in flight, to identify Spotted Browns from Shouldered Browns. A good photograph and a reliable reference book is needed.

In general the male Spotted Brown is not as orange on the upper side of its wings as the male Shouldered Brown. The eye spots on the underside of the Spotted Brown's hind-wings are more defined than those of the other Browns.